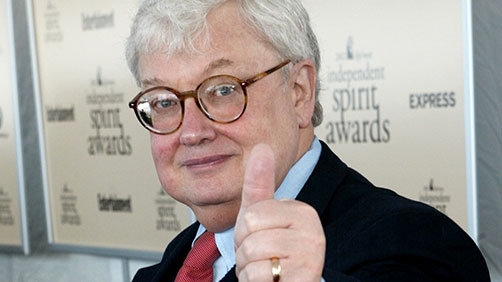 Pulitzer Prize-winning film critic Roger Ebert died at age 70 in Chicago on Thursday, just one day after posting an update about his health scare and career plans online.

The Chicago Sun-Times, the publication for which Ebert wrote his movie reviews, posted news of his death and a detailed obituary. Ebert had been battling thyroid and salivary gland cancers in recent years and, in 2006, lost some of his jaw and consequently his speaking abilities. He penned one more piece — titled “My Leave of Presence” — on April 3.

This is sad news. This week’s theme seems to be about death for me with the passing of my mother very early in the week. Obviously it’s hard for me to have perspective on this in light of that. But it’s still rather sad. Though my approach — our approach here at MovieByte is so different in many ways, we still strive to live up to the level of excellence that he had in our reviews and content. Whatever his opinion on a film, whether I agreed with it or not I respected it. I will miss finding out what his opinion on a film was and whether I agreed with it or not.

Roger Ebert was a Titan of the industry, a fixture. Someone that, despite his health challenges these last few years was a constant. His voice was respected by all. Even if he didn’t like your film you still respected him for it.

He will be missed and our thoughts go out to his family and friends.