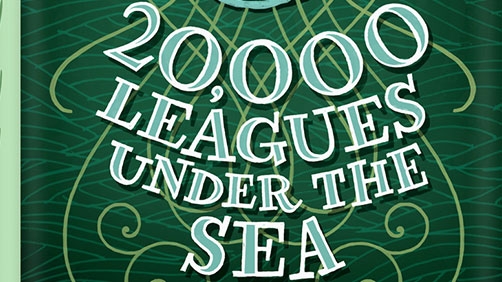 A high-profile remake of the classic Jules Verne adaptation 20,000 Leagues Under the Sea has reportedly been shelved by studio Disney after Brad Pitt quit the lead role.

David Fincher‘s movie was due to begin shooting in Sydney next month, with the support of a £15m grant from the Australian government. Pitt had been earmarked for the role of cocky master harpooner Ned Land, made famous by Kirk Douglas, but there were reports in February that he had left the project.

So, like, I didn’t even know this was a thing. But apparently it was. I have loved the book for many years and I have not seen a movie adaptation that made me happy. I kind of feel like it would be hard to make this into a good movie so perhaps it’s a good thing it’s been put on hold.

Still, after seeing Fincher’s work on House of Cards, I would bet that if anyone could pull it off, he could. Maybe the production will get back off the ground with a new cast member to play Ned Land.

Also, this is an interesting possible tidbit about World War Z:

Meanwhile, Pitt is currently struggling with his own Hollywood big-budget production, the troubled post-apocalyptic horror World War Z, whose budget, some unverified reports suggest, has ballooned to more than $400m (£263m) after significant reshoots and a final third rewrite from Lost’s Damon Lindelof.

I’ve watched the trailers and stuff and I still can’t figure out what that film is about. It’s confusing as all get out. I can tell you this, I think if they spent $400 Million on it, it is going to fail.