Box Office Winners For May 20 - The Final Frontier 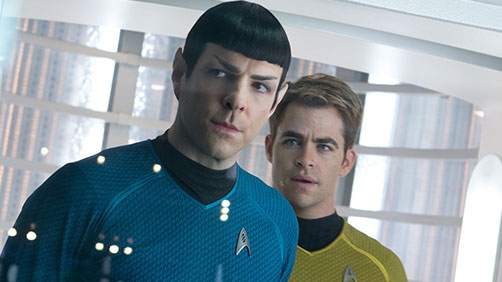 There was very little doubt that Star Trek Into Darkness would take the top spot in domestic Box Office Sales. And even though it missed the projection a little, it’s nothing to sneeze at.

So this film did well on it’s first domestic weekend, even if it missed the studio’s projection slightly. They projected $80 to $100 Million, it opened to $70 Million this weekend. And factoring in foreign totals, it did not make it has not earned back it’s budget yet. That’s a bit of a bummer, but I suspect next week it will break that barrier. The reason is because, except for some stupid critics who have their heads up their… in the sand, everyone loved this film. Trekkies were very happy for the most part, non-Trekkies also loved it. I have yet to talk to someone in real or virtual life who did not like it. As I said, only a few critics who have decided that either J.J. can’t do it right, or who have simply decided that Trek can never be any good are the ones saying it was not good.

And I have to admit this soared past most Star Trek films to line up with what were previously my top 3 — now top 4 Star Trek films. It’s really good you guys! Minor annoyances aside, I really enjoyed it.

Well, the box office is still treating Iron Man 3 really well I see. And it was a good film so no surprise. Aside from the fact of course that Marvel simply has a lot of momentum right now. Still, people are obviously recommending it and dragging their friends with them to see it a second time. Momentum can only get you so far, to be doing this well in the third weekend, it has to be a good film, and I think that it is.

Given the excitement and hype around this film it is not surprising that it is still on the charts. And in many ways, it was a good film, even if I had my issues with it.

Why is this still on the charts?!?

Now this is just amazing. Quite a feat to remain on the charts after nine weeks.

As good a film as this is, I wish it were doing a little better, but with this being a drama, and not an action film, I’ll take what I can get.

This is a good film, but there’s so much competition. It’s too bad. I’m going to guess this isn’t going to make it into the top eight next week, and that’s a shame.

I don’t even know what this is.