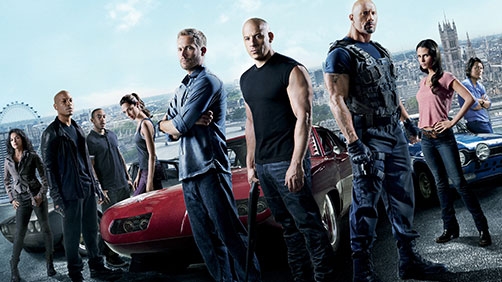 Hey guys, I hope you’re having a great   Day. Personally, I’m getting a pretty late start here and I’m not to worried about that.

Last weekend apparently the box office got a little Fast and Furious with tickets sales… Here’s what we’ve got.

There must be something about this franchise that I’m just not getting. I don’t understand how something that looks like a pile of garbage can make this much money. And HOW ON EARTH IS IT ALREADY BIGGER THAN STAR TREK. I don’t get it. This is a travesty.

I have no words for my disappointment in humanity over this.

So obviously this film is easily a money maker and I don’t think there’s any doubt that there will be a third installment of this reboot franchise. But frankly I’m really dissapointed in people. This is film you should be seeing right now, not this oter garbage. I don’t know what’s wrong with you people.

I was pleasantly surprised by how good this film was. Yes, it’s an animated film that is going to appeal to kids, but I also rather enjoyed it. Though different from anything Pixar would ever do, it did have that sense of having two aspects to the film, an aspect for the adults to enjoy, and an aspect for the kids to enjoy. I hope it has another good weekend at this end of the week here, but it’s going to start facing some stiff competition.

Pretty good film and not surprising that it’s still haning on to a place on the charts.

My feelings about this film are conflicted, as I have mentioned. But it’s certainly not surprising to see it still on the charts.

I’ve been told I should see this or something.

This is a great film and I wish it were doing a little better. But you know how ti can be with dramas (as opposed to action films). I don’t expect this film to make it into the top eight next week given the stiff compeition. It’s too bad. I shouldn’t complain because this film has done well enough for what it is. But I ejoyed it a lot and wish it could be doing better than some of the trash in theaters.

Following up on just a couple other things we’ve been tracking:

Oblvion did indeed slip out of the top 8 spots that I report on, just as I predicted. It took tenth place. As I said, that’s a shame because it’s a good sci-fi film.

The Croods finally (and abruptly since it was in 5th place last week) slipped off the top 8. It had a crazy long run and made a good bit of money.