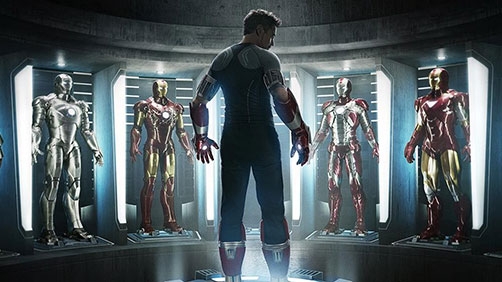 I think we have a winner this week, a big winner. In fact, almost as big as The Avengers opening weekend.

Obviously, as we knew it would, Iron Man 3 has taken the top spot, and it has done so by a gigantic margin. Of course this film opened overseas more than a week ago and was already bringing home the big bucks before it opened here in the U.S. This being just the first week out Stateside, I think we can project this film is going to get mighty near to $1 Billion.

And frankly, I know it’s a comic book super hero movie, but it is some very fine filmmaking with good story and great character development. I was very pleased with it. Iron Man was a pretty good film, Iron Man 2 was pretty terrible, but Iron Man 3 is back up in the territory with the original film. In fact I think I’m willing to say it may be slightly better. It’s a very close call in any event. So a well deserved opening weekend.

Looks like this one is fizzling out. It did make it’s money back, as I mentioned last week that it was very close and would probably do so in the next week, even up against Iron Man. But I don’t see it going a lot further now that we’re into summer block buster season. I mean you have The Great Gatsby, Star Trek Into Darkness, Now You See Me, and After Earth all coming out in quick succession. That does not leave a lot of room for what I hear is a bit of a lackluster film.

Such a great film, and it’s great to see that a drama with very little action to entertain today’s thrill-seeking audience is still on the charts at week number 4, and has still made a fairly pretty sum of money for a film that has not opened in any foreign markets, and has not really been pushed are marketed to it’s full potential.

Again I say, such a great film.

As last week, I’m still a bit   that this film couldn’t get above Pain and Gain. It’s a far more deserving film. At the same time, factoring in foregin moneys, it has earned far more than it’s budget back. Unfortunately, I think the rest of this month’s slate of summer blockbusters is going to bury this film.

Good gracious, this film continues to be quite the money earner.

I still find it the strangest thing that this film is on the charts and I have never heard anything about it.

Another one I haven’t heard of. But it appears to star Matthew McConaughey and Reese Witherspoon. Does anyone get the feeling that some marketing departments aren’t doing their jobs here?

#8 - Oz the Great and Powerful

I expect this is the last time we’ll see this film on the charts (or at least on my roundup of the top 8, which is where I have decided to cap it for my weekly box office reports). It’s had a decent run, and it was a decent film, so that all works out.