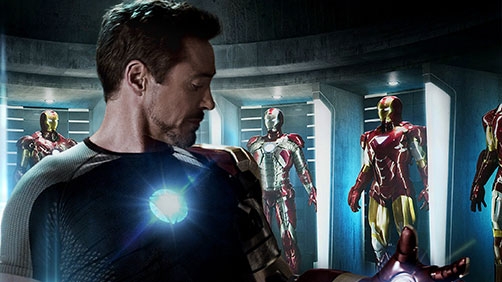 Well, my feature image and my post thumbnail for the box office feature always reflect the current number 1. I was hoping that I could do some Great Gatsby art, but alas, while The Great Gatsby did mighty well, Iron Man 3 has simply stolen the hearts of the people when it comes down to it. Therefore, as the art and the feature image on the home page reflect our first entry as this weekend’s box office winner is:

Obviously there has been a lot of excitement about this film, and frankly, that number is not a bad number. Unfortunately, it’s going to face some stiff competition from here on out. I expect this to stay on the charts for a couple of weeks, but I would bet that it will move to about number 4 or 5 next week if I were a betting man.

And ultimately while I greatly enjoyed the style of this film, and it’s storytelling motifs, and general filmmaking, I did not like this film as much as I would have liked due to the story and the perspective, with a lack of proper moral grounding.

Wow did the numbers drop off quick for the number 3 spot. I guess all the money was divided between the first two.

Umm, what on earth is this? Never heard of it.

Good to see this fine film is still on the charts, even as the stiff competition starts to ramp up. I do expect it to drop off the charts as Star Trek and other summer block busters make their appearance.

This is a pretty great film and I wish it were doing just a bit better. But with the totals above I can’t really complain too much. Glad it’s still on the charts. As with 42, I don’t expect this to stay visible on the charts for much longer with the competition it’s going to face starting this week.

Wow, this film has serious staying power. Most impressive.

I still don’t know what this is. And with a budget like that, and a total as anemic as that, I don’t think it’s going to make back it’s money.