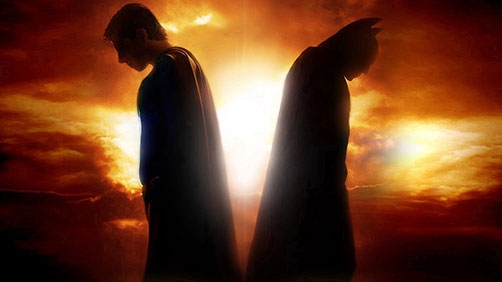 “I think it would be really interesting with the age-old Batman/Superman conflict,” Cavill told SFX, “because they are two different sides of the same coin and their methods are entirely different. And I think it would actually make for an interesting story as to why, first of all, they were going head to head and how. I think that would make a great story.”

When asked if this is actually a possibility, Cavill replied:

“Who knows, I’m sure there’s all sorts of ideas being thrown around at Warner Bros right now.”

It “could” be interesting, and I’m given to understand that in the comics, just as with Marvel, all these heroes in the DC franchise exist together in the same universe. And yet Batman and Superman feel so different from each other it’s hard to imagine just how well that would work. I’m not convinced.