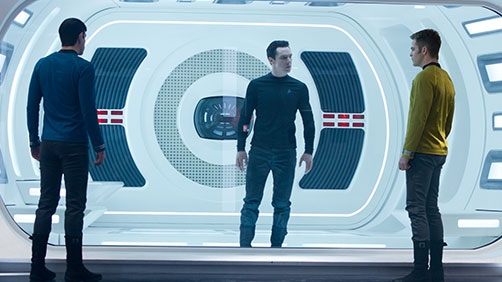 The final weekend results are in and Star Trek Into Darkness is the #1 movie in the world, bringing in over $110M over the weekend giving it a global gross of over $164M. Analysts mostly agree the film had a solid domestic performance (but behind expectations) and impressive overseas sales. More details and analysis of the analysis below.

Why is the film missing projections? It is a bit odd since everyone — EVERYONE — that matters loves the film.

It is hard to predict where the film will go from here but domestically it looks like Into Darkness may not outperform the 2009 Star Trek film (which brought in a domestic total of $258M making it the 7th highest grossing film of 2009). So this time around Into Darkness probably won’t break into the top 5 but it still has a shot at the top 10. Even using the lower $70.2M figure, the Into Darkness opening weekend would be ranked 7th best for either 2011 or 2012 and 6th in 2010. And 7th ranked films have brought in $210-$260M (domestic) in the last 3 years.

Another issue may be demographics. Deadline reports exit polling shows that 64% of the audience was male and only 27% was under the age 25. For the 2009 Star Trek movie, 35% were under 25. And in comparison Iron Man 3 had 45% under 25. So with all the talk of this not being your father’s Star Trek, there may be too many fathers in the audience.

I guess in the end Star Trek is simply an older franchise with an older built in audience, and no matter what you do to make it more appealing to a newer and younger audience, there’s simply a lot of stigma there to overcome.

It’s hard to say “disappointing” with such great numbers, but it is somewhat disappointing that such a great film couldn’t do better. But, we still have several more weeks to see how things shake out. Perhaps next weekend will be a good one with folks telling their friends how good it was.