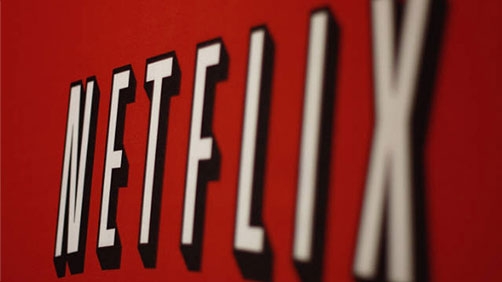 Jason Bailey writing over at Flavorwire:

Mashable’s Tuesday piece on “Streamageddon” prompted this response from Netflix: “Our goal is to be an expert programmer, offering a mix that delights our members, rather than trying to be a broad distributor.” Further, the company told The Verge, “The vast majority of the titles that expire on Wednesday are older features that were aggregated by Epix. We recently added many great, more recent titles such as ParaNorman (Universal), Hunger Games (Epix), Safe (Epix) andBachelorette (Weinstein).”

Now, let’s really unpack those statements. First of all, the notion that we, as 21st-century viewers, want Netflix to be an “expert programmer” rather than a “broad distributor” shows a pretty remarkable misunderstanding of their clientele. We don’t want a third party to decide for us what we’re going to watch; if we wanted that, we’d drop Netflix altogether, renew that cable subscription, and spend our days watching HBO or TCM.

But the most troublesome element of that statement is the sneering dismissal of the vanishing titles as “older features,” which we should be glad to be rid of so we can get our eyeballs on shiny new titles like The Hunger Games. Bulletin, Netflix: the people who are upset about losing these movies are serious film fans, and they’ve either already seen The Hunger Games, or they’re not going to.

Alright, hold up there a minute. You’ve got your kickers all in a twist there Jason, and I think we need to untangle this just a little bit.

First of all, I agree with the basic sentiment here. I want Netflix to have new and old content alike. I’m all about “on-demand” media. I want to watch what I want when I want it. I’m so over the broadcast TV model. I don’t even like this thing where studios only make their content available on Hulu for a couple weeks when it’s new then they pull it. It’s the stupidest thing ever. So the idea of Netflix limiting my access to titles in favor of their own programing is indeed a distressing one to my idea of the streaming utopia I have in mind.

But how did we really get here? Well, since Netflix has had so much more success than I think the major studios and content providers/controllers anticipated, they’re trying to put the genie back in the bottle. This whole streaming thing is the not the model they know how to operate. It’s uncomfortable and it makes them feel like they lack control. Rather than profiting from the new model and the changes taking place in the world, they are trying to bottle it back up and get people to go back to the sucky model of watching content when it’s broadcast or when it’s available on the studio’s terms. They have made it very hard on Netflix. Netflix is therefore, fed up with the lot of them. All Netflix wants to do is offer titles for streaming to their customers, and they are willing to pay content providers to do so. But the studios are being greedy and/or stupid. In some cases unwilling to negotiate, in other cases, demanding far too much. Netflix has to do what it has to do to remain profitable. Trust me, if Netflix could have their way, they would offer every single film and TV show in the world.

So coming back then to the statement that Jason has so much trouble with here. What else is Netflix supposed to say? They are loosing at the negotiating table because of ignorant stupidity and a fear of the future. They are loosing at the negotiating table because these old media moguls would rather be dead in a ditch than profit from the future. What is Netflix’s recourse? Do you really think Netflix’s first choice is to create content (House of Cards, Hemlock Grove)? Of course not, this is a defensive move, or at least it started out that way. Netflix is having trouble keeping a grip on their content. Therefore they want to control their own destiny, so they want — they need — to make great content that will keep people engaged and subscribed to their service.

The bottom line here is that I think it’s unfair to be so critical of Netflix and Netflix’s statement to try to put a positive spin on an unfortunate situation. And I for one intend to continue supporting Netflix. They have the model I want, and if they are willing to produce original content to further the shutdown of traditional media distribution, I am all for it.