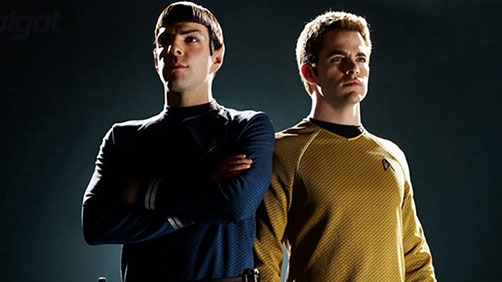 I’ve been a Trek fan since childhood, growing up on the original series in syndication alongside the then-new Star Trek: The Next Generation. I have arguments with friends about the franchise’s minutae on a regular basis. Episodes, performances, and critical iconic moments from the series mean more to me than many other touchstones of pop culture. My bond with this series is an essential part of the much deeper bond I had with my late brother.

He changed his mind all the time, but I feel it safe to say that my brother’s favorite movie was Star Trek II: The Wrath of Khan. I watched it with him dozens of times.

This makes me wish I had more time to write. I wish I had already written my review of Star Trek Into Darkness, but while you wait for mine, go read Moisés’ review. It’s well worth reading.

I’m still evaluating my star rating, and probably won’t make up my mind until I see the film in 2D tomorrow night (I’ve only seen it in 3D against my better judgement), but I really did like the film, certainly a lot more than J.J.‘s 2009 Star Trek.

In reading Moisés’ review, it is obvious that he deeply loves Trek even as much as I do, therefore when he speaks well of Into Darkness it means something. And I certainly agree with his assessment of Kirk’s storyline later in his review. I love good character arcs, and “nuTrek’s” Kirk is on a great one — all this new crew are really.