Did Renner Lose his Hawkeye Gig? 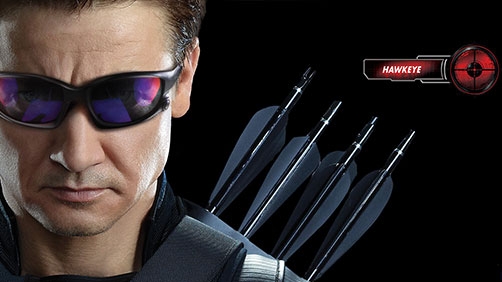 For 90% of the movie, I’m not the character I signed on to play,” he said, adding that he would have preferred for Hawkeye not to have been brainwashed. “It’s kind of a vacancy. [He’s] not even a bad guy, because there’s not really a consciousness to him. To take away who that character is and just have him be this robot, essentially, and have him be this minion for evil that Loki uses… I was limited, you know what I mean? I was a terminator in a way. Fun stunts. But is there any sort of emotional content or thought process? No.

Allegedly Marvel isn’t happy with Renner’s remarks and like other actors that have bad mouthed the studio (Hugo Weaving, Terrence Howard) it looks like his time with Marvel may be coming to an end. So far it doesn’t look like Hawkeye will be appearing in any of Marvel’s Phase 2 films besides THE AVENGERS 2 (which probably further annoys Renner) and while CBM’s source says there’s still a small chance Jeremy Renner will return for that movie it’s more likely that the part will just be re-cast. The source also hinted that if someone else does sign on to play Hawkeye that there’s a possibility that the character would end up in the new television series Marvel’s Agents of S.H.I.E.L.D. and would become one of the primary characters.

Oh come on man! Why couldn’t you have just kept your big fat mouth shut. You know how Marvel can be. And you were the only one that didn’t like Hawkeye as far as I know. The rest of us loved you as Hawkeye. And do you really think your role would not have been expanded? I thought Hawkeye had a great character arc — even if a little small — in The Avengers. Now you’ve done gone and made everyone mad.

Seriously, can’t we all just get along?!?