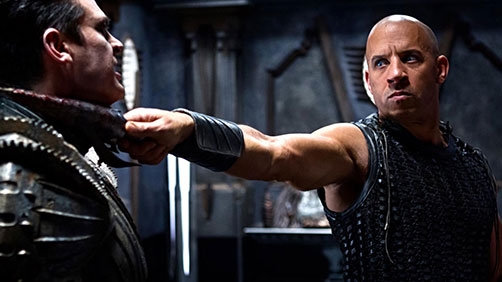 I don’t know a lot about the Riddick series, this upcoming film is apparently the third in the live action series starring Vin Diesel. The dude is apparently a highly trained and skilled killer who had weird things done to his eye so he can see in the dark, he’s hard to contain, and sometimes seems to have no conscience. He’s a bit of an anti-hero apparently.

But he does appear to perform heroic actions sometimes, usually against his better judgement.

So I saw the trailer for the upcoming Riddick film and thought I might as well share it. If you are a fan of the Riddick series, enjoy. If not, well, also enjoy. It looks a bit dark for me, but maybe it will be worth seeing.