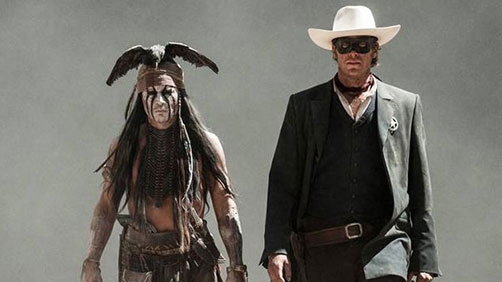 Okay, so maybe the 3rd trailer wasn’t the final one.

As I have said before, I expect this film to be fun, if somewhat lacking in the story department, and full of Johnny Depp humor. Even though this film is called The Lone Ranger and Depp is not playing The Lone Ranger, but Tonto, he still gets first billing. I wonder why that is? Oh, right, because this film is just another vehicle for the delivery of Depp’s unique style. This looks like Johnny Depp playing Captain Jack Sparrow, playing an indian named Tonto.

Yet, I expect to enjoy it for that very reason, even if I don’t expect the film to be really great.