The Science of ‘Star Trek Into Darkness’ 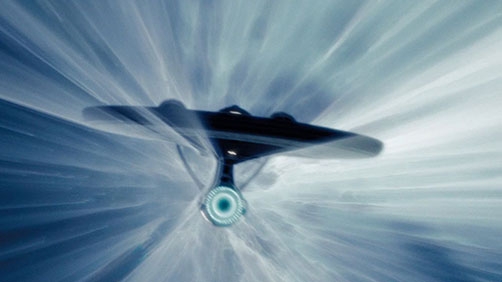 So, by now, we’ve all seen Star Trek Into Darkness. Some of us loved it, some of us hated it, some of us said, “meh.” But, forget about what you thought of the movie for a second. What did you think of the science? Let’s take a more in depth look at some of the most sciencey moments from STID. It goes without saying, but I’ll say it anyways, that this review contains SPOILERS!!!

Prepare yourself, most of the good news and stuff that I’ll want to post today has to do with Star Trek. It’s a hot topic right now and it will pass, but I’m in nerd heaven.

Anyway, Kayla has cool analysis of the volcano, the volcano stopping device Spock uses, Transwarp Beaming, and the Warp Core — which, by the way, I was much happier with than the crazy engine room set they used on the previous film. That previous set, or the look of it at least, still makes an appearance, but the actual warp core, and the area surrounding looks much more like the Enterprise engine room, and the core actually looks like a warp core.

But one of my biggest beefs with the film is also touch on by Kayla:

Ludicrous Speed! Travel to Kronos in minutes!
This is one movie “mistake” that almost everyone I’ve talked to, scientist or not, has picked up on. Kronos (or Qo’noS), the Klingon home world, may be relatively close to Earth, but according to the pilot episode “Broken Bow” of Star Trek: Enterprise, Kronos is about 4 days away from Earth at warp 4.5. In a later Enterprise episode, “Two Days and Two Nights”, it was established that this was around 90 lightyears from Earth, as that is the farthest distance anyone had traveled up to that point. In Into Darkness, the Enterprise apparently travels at Ludicrous Speed and somehow manages to reach Kronos (and get back to Earth from Kronos) in what seems like only a few hours.

Verdict: Another poor plot device that defeats the idea of the Final Frontier.