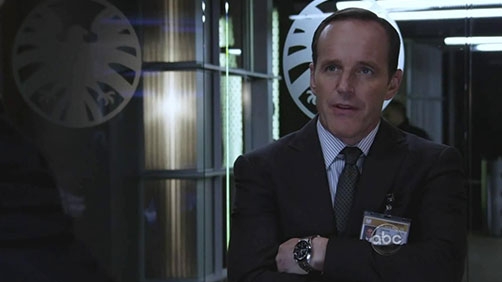 Even while the Marvel film universe is in full swing, this upcoming TV show hopes to show us another side, a glimpse into an alternative viewpoint of that universe. ABC has picked up the show as I’ve already mentioned on Monday, and we saw a the teaser trailer with that announcement, and now we’ve seen a full trailer.

So in the spirit of continued teasing and promotion, there are two new clips floating around that look pretty fun which expand on quick clips and scenes we’ve already seen in that trailer.

Is it fall yet?