About ‘After Earth’ And Scientology 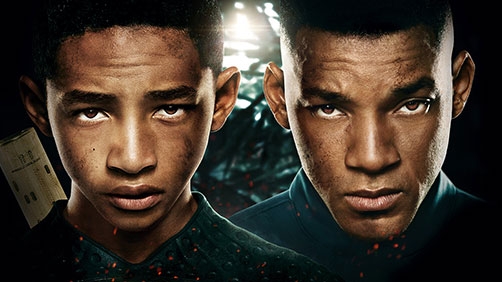 After Earth is heavy with Scientology themes, critics say, adding more ammunition against what is already the summer’s biggest box office flop.

The sci-fi film starring Will Smith and his son Jaden Smith was one of the biggest bombs in recent memory, pulling in only $27 million the first weekend. It was even beaten at the box office by Now You See Me, a movie about teleporting, bank-robbing magicians.

Allow me to break in here and say, what?!? Teleporting bank-robbing magicians? Did Nathan Francis even see the film? They may have just been trying to get a laugh but I’m not laughing, that’s the stupidest sentence I’ve read all week and I’ve read some doozies! Believe me.

After Earth is filed with Scientology references, critics say. The movie is about a father and son who crash on Earth 1,000 years after civilization collapsed, forcing humans to leave the planet. The main conflict is about the two conquering their fear, a message heavy in the Scientology text Dianetics.

Volcanoes also play a key image in the movie, and are also central to the teachings of Scientology.

Also, again I have to ask, did Nathan see the film? Volcanoes do not play a key role in the film. Granted there is one, but it’s incidental and the story and film could easily not have had it and it would have made no difference to the story and plot. Now, I have no doubt that the volcano may have been there because of the Scientology of Will Smith, but to say that volcanoes play a key image in the film is ludicrous. There is a volcano. I wouldn’t call it a key image in the film I saw.