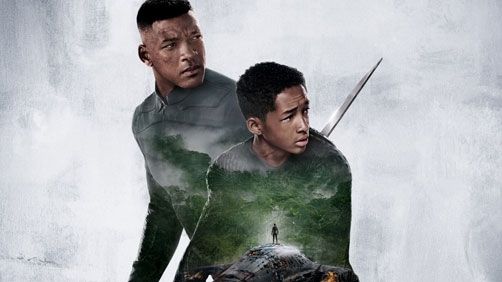 This is the thing, while I enjoyed the film, I think perhaps he was trying to hard to involve his son, many have talked about the references to Scientology and the like. While I personally enjoyed the film and feel most critics are being too harsh, it is clear to me that Will Smith’s son Jaden was not the right choice to play this part.

But maybe this experience has soured him. Have a look at the interview.