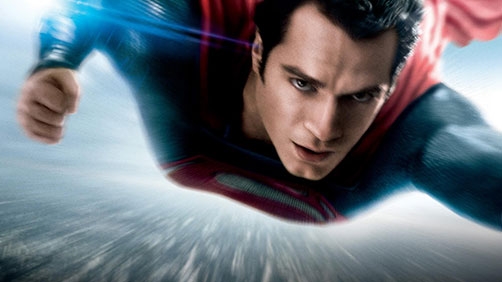 Our hero soared into the box office in his boots, cape, and cool new outfit that lacks the signature underwear on the outside, charmed pretty much everyone, and flew off again with a rather large sum of money. I thought he was supposed to be one of the good guys, what is he doing stealing all that cash from us anyway?

Also, what is with the crazy texture on that suite? That can’t be comfortable so there must be another purpose, right? RIGHT?

Okay, I’ve thought about it all weekend, I’ve let it settle and cement and I wanted to make sure, but I think I’m ready to tip my hand in this brief format and fashion here.

Man this film was such a wasted opportunity. I loved so much of the technical details, the way Krypton was re-imagined, the world in general, the visual style etc.

I now understand why the critical reception has not been great. I wanted to believe they were just being stupid critics with their heads in the sand, but this time I’ve afraid they were way too right. And as usual, which super hyped up action tripe like this, the audience is gobbling is up so far. The audience side of the Tomatometer is at an 82% approval rating, compared to critics at 56%. And I agree with Richard Roper when he states “There’s very little humor or joy in this Superman story.” That is all too true, sadly.

But, don’t let my dourness stand in your way, this film has had one of the biggest opening weekends ever. It’s just too bad it couldn’t have actually been a good film.

One thing is for sure, this film is on a good trend as far as the box office is concerned.

At the risk of repeating myself: This is the end alright, the end of good filmmaking. Really, who opted to see this over Man of Steel? I mean I didn’t like Man of Steel, but going into the box office not having seen either one and not having formed an opinion about Man of Steel, which one would you go see? I know which one I would choose.

This film may have muscled it’s way over it’s budget in terms of it’s overall gross, but conventional number crunching and wisdom states that a film needs to make 2.5 times it’s production budget to really break even when you factor marketing, theater cuts, and everything else in — this is something I have only recently learned. Well, this film has a long way to go and I don’t think it’s going to get there. And unfortunately I thought it has some problems, though, sadly, I liked it better than Man of Steel.

You guys already know what I think about this film. It’s not good.

What on earth. Why? Wherefore? What in the world?

I’ve heard this is better then it seems like from the trailers and stuff. I’m still skeptical.

This was a delightful film.

Well, the worldwide total is up over the previous Star Trek film, but interestingly the domestic total is less than the previous film. All told that probably doesn’t matter, it’s a money maker and I suspect we will see a third installment in this reboot universe. Unfortunately, I don’t think we’ll see this in the top eight again. This is the last week.

The only other thing to note this week beyond the top eight is that After Earth came in at number 9 in it’s third week out, and it’s worldwide total is still several million under the production budget. It’s a pretty big box office bomb and given that it’s better than critics are letting on this is a dissapointment. I certainly enjoyed it more than Man of Steel. Ah well, such is the way things go.