Box Office Report for June 3 - Can You See Me Now? Nope 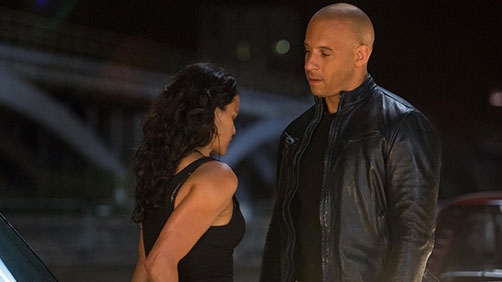 And yet again I am disappointed.

Alright guys, you were complaining about my complaining when I had not even seen the film. So I saw it last weekend. As you would expect, some things about the film were better then I expected, and some were worse. My overall opinion remains unchanged, it’s not a good film. It’s way too ludicrous and ridiculous in concept. This film franchise seems to exist almost entirely for the over-the-top action sequences, wrecking hundreds of thousands of dollars worth of cars, defying the laws of physics and gravity etc. There was no explanation or reason for why the bad guy was doing bad things.

In any event, I am sad that this is still winning in it’s second week out, especially over Now You See Me which, though I had my problems with it, is a far better film than this.

Wow does this film have a long way to go, and given the competition that is right around the corner, I’m just not sure if it’s going to make it. On the other hand, I’m given to understand that this is the biggest non-Twilight opening ever for Summit Entertainment. Some people seem to think this is a win. I’m having a hard time seeing how it’s going to get up to its budget, much less make any money for the studio. It’s too bad too because this is a far better film than Fast 6 (duh). I actually did enjoy it a lot even if the ending was non-sensical — well, several things in the film were actually non-sensical, but that’s okay, it was a fun ride.

To say that M. Night Shyamalan’s career is floundering is perhaps one of the bigger understatements ever perpetrated. The Last Airbender was almost universally panned by critics (6% on the Tomatometer), and the general movie goers weren’t too thrilled either. After Earth may be considered to be slightly better at 12% on the Tomatometer with a 54% from the general audience, but that’s not saying much.

I have not seen this film yet but I have wanted to like it — I’m intruiged by it. Yet at this point I’m not expecting the film to be good when I see it sometime this week, and that’s a shame. I suspect that it’s not as bad as the critics are making it out to be, but I suspect it’s not good either.

This is actually a tie with Epic this week.

It’s slightly disapointing that this is the best thing at the box office right now (well, except for Iron Man 3 perhaps, they’re about equal for me) and it can’t muster up the power to get ahead of trash like Fast 6. It’s already made a lot more money in foreign markets than the previous film did, but domestically it is trailing the 2009 film pretty far. That’s not good. Still, at $328 Million I think we’ll see another one.

This was a pretty great animated film. Too bad it can’t do a little better, but the competition is pretty fierce and I think the general movie going population would rather go see mindless action like Fast 6.

I have no words for my disappointment in humanity over this.

Good film and still hanging in there. And of course, a real money maker.

I think we can call this one a success. It’s not an action film but it seems to be well enough liked. And it’s not a terrible film by any means even if I am a bit conflicted on how I feel about it.

I don’t expect this to be below my top eight threshold next week.

Other Things Worth Noting

As I suspected, 42 (Jackie Robinson) did not make it into the top 8 that I list off this weekend. It’s down in 13th place for it’s 8th weekend outing.

The Croods may have dropped below my threshold, but man that thing is still hanging on. It’s currently in 11th place. Crazy.