‘Man of Steel’ and Morality 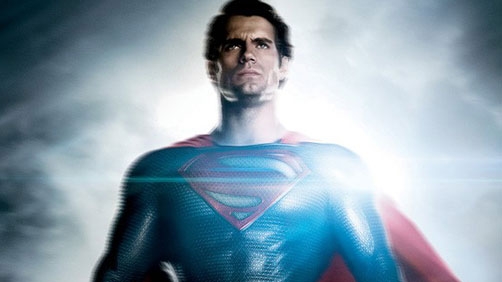 To begin at the end; the final confrontation between Superman and General Zod in Man of Steel is a source of considerable controversy. The fight ends when Zod tries to kill innocents and promises to kill everyone if Superman doesn’t stop him, and Superman accepts Zod’s ultimatum by snapping his neck.

Some might look at that scene and ask, “What else could Superman have done?” Others might offer alternative endings to the scene. It’s not a useful conversation. It’s the usual, “Who would win in a fight?” The answer is always that the outcome is determined by the writer, and the story bends to fit that outcome. Superman killed Zod not because there was no other choice, but because the people conceiving the story wanted Superman to kill Zod. (By a majority of two-to-one, according to recent reports.)

That is a revealing choice. It tells us that director Zack Snyder and writer David Goyer wanted to establish that there are times when killing is necessary, even for Superman. They believed that this bleak message is the right one to convey using one of the most moral characters in modern fiction.

This is so far off the mark from the real issues with Man of Steel it’s not even funny. It’s an unpopular political opinion, but I do believe there are situations where it is necessary to kill. If, for instance, a man theoretically cam barreling into my house with a machine gun and started spraying bullets everywhere, and I had the chance, I would most certainly shoot and kill him to protect my family. This may be a contrived situation for the man of steel, but so are all stories and all peril in stories. Of all my issues with Man of Steel that was not one at all. In fact I agreed completely with Superman’s decision that Zod must die, that must be the way it is.

However, I do agree with this:

Superman is not a hero in this movie; he’s a liability. This is a movie where everyone would have been better off—and thousands more people would be alive—if Superman had never come to our planet. It’s hard to see that as a message of hope. If the filmmakers had written it so that Zod had always meant to target Earth, and Jor-El sent his son to stop him, that would place an act of heroism at the story’s core, rather than acts of desperation and revenge. It would make Superman a solution, not a problem. The rest of the story would play out largely the same way, but events would have moral weight. The filmmakers chose to go a different way.

One of the great pillars of Superman’s moral universe is his adoptive father, Jonathan Kent. This movie removes him from that role. In most tellings, Clark Kent learns his values from his decent and upstanding parents. In this movie his father teaches him to lie. He teaches him to put self-preservation ahead of the lives of others. There is no truth and justice here. There is a sacrifice, but it’s not heroic; Pa Kent dies because he’s too stubborn to see that he’s wrong. We know that he’s wrong, because the premise of Superman depends on it. Pa Kent could have been a moral guide; the filmmakers chose to go a different way.

YES YES YES, a thousand times yet. I could not agree more with this. It is simply not possible.

Overall, except for that point I made at the beginning, I agree a lot with the linked article and recommend you give it a read.