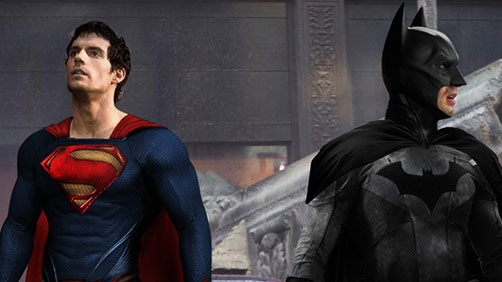 Talking to David Goyer, screenwriter for Man of Steel:

When pushed on the possibility of the Justice League movie following on directly from Man of Steel he elaborated,

That having been said, it’s all going to depend on the next few weeks. Warner Bros has hopes that there will be more Man Of Steel films, and that this will be the beginning of a shared universe. We could meet Batman, or Wonder Woman, or the Justice League in these movies. But they all hinge on box office reception.

If that happens, I would be happy, and nervous, to dive in.

Look, I understand that The Dark Knight trilogy was conceived as a stand alone thing, but there’s nothing saying that it has to be except perhaps pride. I’m sick of the unnecessary reboots. There’s no reason why Bruce Wayne from the already established universe couldn’t come be part of this, or John (Robin) Blake couldn’t take up the mantle of Batman, which is one of the possibilities of the end of The Dark Knight Rises, and be a part of this universe. I just don’t get it, and this whole reboot thing is not appealing to me at all.