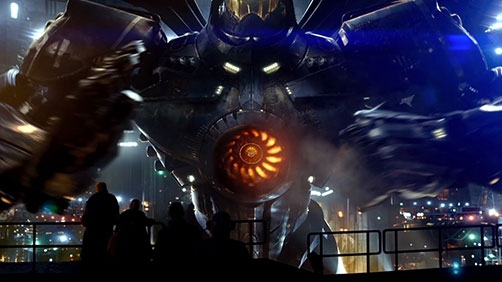 Man I’m telling you, this film looks like it has just enough plot to have an excuse to have big freakin’ giant robots battling aliens, smashing up cites, doing battle with boats as beating sticks (see the latest trailer) and in general crunching up big things as if they were small. That is to say I don’t detect a lot of movie here worth watching. I sure hope I’m wrong. I want to be wrong, but ever trailer, ever featurette, everything I see or can find out about this film is always talking about robots, the details of how or why they work or exsist, the sets, the technology, how it was done, how cool it is, blah blah blah. I have heard so very little about the story that I don’t think there is one.

But whatever, if Pacific Rim is your thing, here’s the latest featurette.