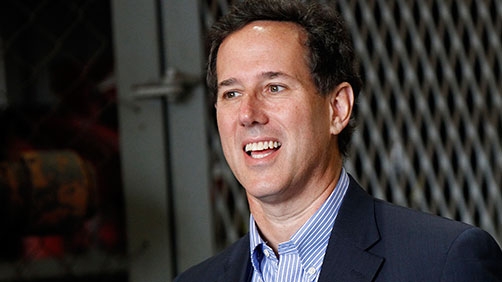 Rick Santorum may not be the president of the United States, but he’s about to become the king of Hollywood. Or a Dallas-based, Christian version of it, anyway.

The former Pennsylvania senator has been named CEO of EchoLight Studios, a production company that aims to make “honest, uplifting content” like 2011′s Soul Surfer, only without “water[ing] down the truth.”

Hmm. Okay. I am certainly not Santorum’s biggest fan, but maybe he can do something cool here, who knows.

Specifically, that means movies like EchoLight’s first theatrical release The Redemption of Henry Myers, a Western about a bank robber who’s saved (physically and spiritually) by a kind widow who takes him in. The film is expected to hit sometime this year.

The problem with Christian films has always been that they are cheesy, have bad acting, and beat you over the head with their message (some non-faith based films have the message beating problem too, don’t get me wrong). This film sort of looks like it has the bad acting covered, but maybe I am pre-judging too harshly. See for yourself: