Why Spielberg and Lucas are Wrong about the Film Industry 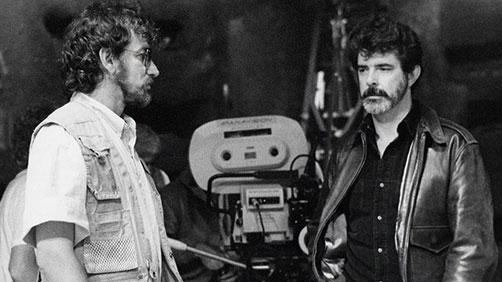 Recently, Steven Spielberg and George Lucas had some candid words about the direction in which they see the world of movies going. It was honest and interesting, and it came from two directors who have long since passed the point where their careers could be hurt by not playing politics. As such, we thought it a good idea to consider their take, and throw in our opinion about what they nailed, and what they were a bit off on.

So, out of Disney’s thirteen major releases, a whopping seven actually lost money in theaters, not counting toys, residuals, or international dollars. The total of all this math? Negative one billion dollars. Sooo, Disney is insolvent, right? Let’s all attend the “going out of business sale”, can I buy the castle? No, of course not, because once you add in all those delicious international dollars the grand total is:

Stunning. I have for the entire time I’ve been running MovieByte thus far, wondered why international numbers are somewhat ignored or tacked on as an after thought. I’m always sure to include them in my totals when I do my Monday box office reports (as I will do in a couple hours). But this puts a point on something that was bothering me in the back of my mind but that I couldn’t quite pull to the front and put my finger on when I first wrote about Lucas and Spielberg’s prediction.

The real losers in this global reach? The smaller budget films. Why make “Frankenweenie” when it won’t play well overseas? Why bother with “The Odd Life of Timothy Green” when it has no pull internationally, because ol’ Tim’s oddity is a largely a domestic phenomenon?

So while Spielberg’s contention of an “implosion” coming is correct, he’s dead wrong on what will disappear. There’s still two billion dollars out there for Disney when they release huge films (or simply go back to the well with 3D conversions). Smaller dramas? Not worth the time anymore, a very scary trend indeed.

This is hilariously wrong. It’s like saying, “Man, back in the day, everyone used ships to cross the Atlantic. I can see that coming back!” No, no, no, a thousand times no. The actual thing that’s going down is movies are getting more and more frontloaded, I.E. everyone sees them opening weekend, moreso with each passing year. “Avatar” is one of the few recent examples of a movie that had decent longevity, but “The Avengers” made one-third of its total box office in the first three days. This isn’t an outlier, it’s the way things are going. If anything, home video windows will shrink, and you’ll see huge movies stay in theaters less than a week.

Okay, I’ll stop before I wind up quoting Laremy’s entire article, because you should just go read it, it’s really good!