Tornado Stays in ‘Man of Steel’ 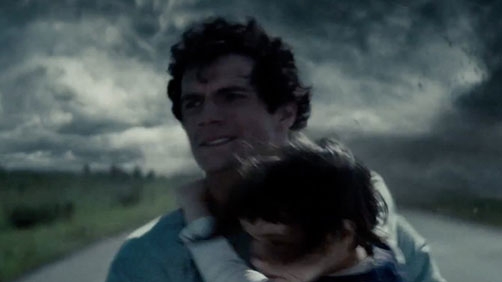 Man of Steel director Zack Snyder said there was never any discussion about altering the pivotal scene involving a twister following recent deadly storms in Oklahoma.

“He’s changed by those events,” said Snyder during an interview to promote the movie. “If anything, we feel like our Superman has a connection — not to make light of it — to the kind of grief that happens during those kinds of natural disasters. Also, in a sad way, even Superman can’t change that.”

I can’t imagine by what logic it makes things better if a tornado is removed from a film because a tornado recently struck and killed people. It’s a terrible tragedy, yes, but we do films about tragedy all the time. And as Snyder said, it’s not about making light of it.

So I’m in favor of the decision.