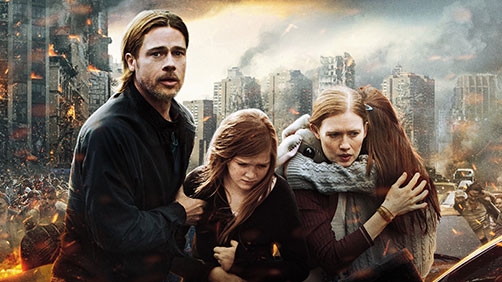 Over the past few weeks, Brad Pitt has been cautiously optimistic about a potential sequel to his new zombie film, World War Z. He knows there’s more story to tell and more parts of Max Brooks’ novel to explore, but he was unsure about how the public would embrace the film.

Well, after a $112 million opening weekend ($66 million in the US and $46 million international), which is also the biggest of Pitt’s career, Paramount has decided to move forward on a sequel to World War Z.

Well, you know, I’m hearing good things about this first film and the big opening is surely a huge encouragement to the studios.

I’m going to see it as soon as I possibly can and I’ll let you all know what I think. In the meantime, Cory Poff has submitted his review of the film, and though I have not looked at it yet, his reviews are usually right on and I’m sure it’ll be good to go by mid or late morning. So look for that soon.