ABC’s Full Description for the ‘Agents of SHIELD’ Pilot 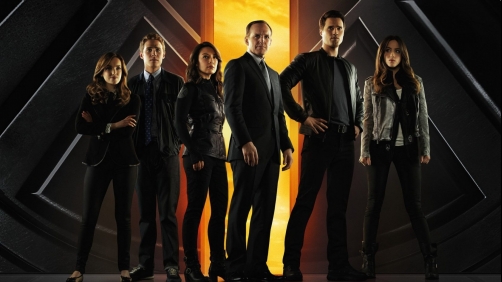 ABC issued a press release in regards to SHIELD that I thought you all might enjoy, even if it does get a little bit, well, press releas-ish at times. Still, if you’re looking forward to a great show, this is a fun read.

AGENT PHIL COULSON IS BACK IN ACTION! THIS FALL HE ASSEMBLES A DEDICATED, HIGHLY SELECT GROUP OF AGENTS FOR THE WORLDWIDE LAW-ENFORCEMENT AGENCY KNOWN AS S.H.I.E.L.D., WITH THEIR FIRST ASSIGNMENT TO TRACK DOWN AN ORDINARY MAN WITH EXTRAORDINARY POWERS – POWERS WHICH COULD HAVE DEVASTATING CONSEQUENCES — ON THE PREMIERE OF ABC’S “MARVEL’S AGENTS OF S.H.I.E.L.D.”

Joss Whedon, the creative genius behind the feature film “Marvel’s The Avengers,” one of the highest grossing films of all time, and of the iconic television series “Buffy The Vampire Slayer,” has co-created “Marvel’s Agents of S.H.I.E.L.D.,” a dynamic, action-packed one-hour drama that brings back Agent Phil Coulson (Clark Gregg) to lead a team of highly skilled agents to investigate extra-normal and super human people and events worldwide. The series premieres TUESDAY, SEPTEMBER 24 (8:00-9:01 p.m., ET), on the ABC Television Network.

These agents of S.H.I.E.L.D. have a mission: To investigate the new, the strange and the unknown around the globe, protecting the ordinary from the extraordinary.

In the premiere episode, “Pilot,” it’s just after the battle of New York, and now that the existence of super heroes and aliens has become public knowledge, the world is trying to come to grips with this new reality. Agent Phil Coulson is back in action and has his eye on a mysterious group called The Rising Tide. In order to track this unseen, unknown enemy, he has assembled a small, highly select group of Agents from the worldwide law-enforcement organization known as S.H.I.E.L.D. (Strategic Homeland Intervention Enforcement and Logistics Division). The group’s first assignment together as a team finds them trying to track down an ordinary man who has gained extraordinary powers. Powers that could have devastating consequences.