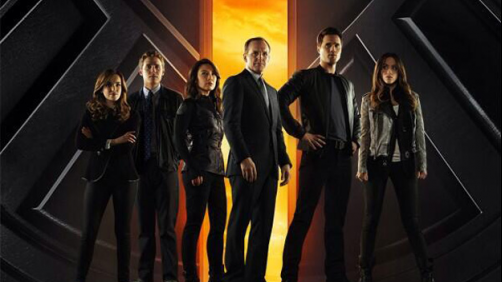 I love the stories Joss Whedon tells. The man walks on water… he’s perfect, he can do no wrong. Okay, maybe that’s taking it too far, but the fact is he is among the best show runners, filmmakers, and story tellers of our day as far as I’m concerned. That’s why I have been looking forward to his upcoming show Agents of SHIELD since I first heard about it. And having now had the privilege of watching it, I wasn’t disappointed. Of course the hype machine has been in full production mode so it’s hard for a show to live up to that much promotion. But it did.

Joss Whedon also always writes in and directs strong and very self aware, even self deprecating dialog. Since Buffy was Whedon’s first big deal, it’s easy to go back to that show’s seven season run and pick out Whedon’s style in the dialog. Throughout that show’s run, the dialog always remained the highlight of the show. Take this sampling of dialog from Buffy:

[to Giles] To make you a vampire they have to suck your blood. And then you have to suck their blood. It’s like a whole big sucking thing. Mostly they’re just gonna kill you. Why am I still talking to you?

Buffy: [about the mausoleum] Well, this is nice. I-it’s a little bare, but a dash of paint, a few throw pillows… call it home!
Darla: Who the hell are you?
Buffy: You mean there’s actually someone in this town who doesn’t know already? Whew, that’s a relief! I’m telling you, having a secret identity in this town is a job of work.

Buffy: Now, we can do this the hard way, or… well, actually there’s just the hard way.
Darla: That’s fine with me!
Buffy: Are you sure? Now, this is not gonna be pretty. We’re talking violence, strong language, adult content…

Giles: For as long as there have been vampires, there has been the Slayer. One girl in all the world, a Chosen One…
Buffy: He loves doing this part.
Giles: Alright. The Slayer hunts vampires, Buffy is a Slayer, don’t tell anyone. Well, I think that’s all the vampire information you need.

Well, you get the idea. This is why I love Joss Whedon — I could read these Buffy quotes all day and never get bored. That show always managed to have some of the best dialog every written for a TV series. This element is very much present in the pilot episode of Agents of SHIELD. Very early in the episode, Agent Wars is asked what SHIELD stands for. He responds that it stands for Strategic Homeland Intervention Enforcement and Logistics Division. Upon further questioning as to what that means he replies, “Somebody really wanted to spell S.H.I.E.L.D.” See, very self aware, funny, and witty. At another point, while Skye is in her van doing a recording for The Rising Tide, waxing eloquent about how they will never find her, and as the music is swelling, the van door bursts open, the music cuts abruptly, and there she is, found after all. And very characteristic of Joss Whedon dialog, she says simply, “Hey guys, what up?” I love it.

And of course, there’s always the witty way in which he uses clichés, but exposing them and pointing them out, but managing to use them still. It’s a knife edge that Whedon always rides with so much grace and skill. It’s rather like tap dancing on the dreaded shark’s nose of which most TV shows simply sail right over (see, jumping the shark).

As you may have guessed, above all is a sense of humor, and an uncanny ability to know when to be serious and when to make fun of yourself. The show deals with some serious concepts, and some psychological issues, and it knows when to be serious. but mixed in and around with that seriousness, and whenever it is becoming, is that humor we love so much.

Ward: She’s a groupy, all the hacking into SHIELD, tracking powers. She might as well be one of those sweaty Cosplay characters crowding around Stark tower.
Skye: WHAT?! I would… [whispers] it was just one time.

Coulson: We’ll be making the calls, picking the ops, no red tape. [looks around] This is where they actually make the red tape isn’t it?
May: You’re really just asking me to drive the bus?
Coulson: No. [smiles] It’s a really nice bus.

You know, at the heart of SHIELD, however, is a story that Joss Whedon does some of his best work with. There was once an episode of Buffy that exclusively followed Xander around for the entire episode. Xander was in many ways and by all accounts just a lowly side-kick. And yet that episode is among the fan favorites. And often Buffy liked to tell the story of the little guys. Buffy was nothing without the Scooby gang. Here we have the story of the Agents of SHIELD that we’ve never known much about before. Or the ones we did know about, like Agent Coulson, have taken a pretty far back seat to allow room for the bigger guys. SHIELD is a story about all these little guys without whom, the Marvel universe would come collapsing down. That’s the appeal of SHIELD and that’s why I’m already in love with this show.