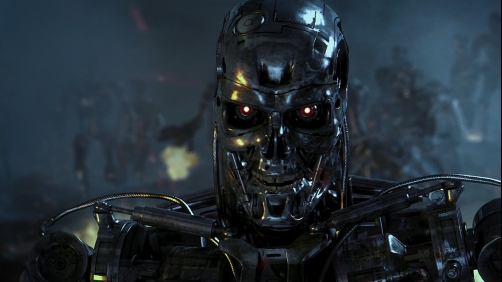 The new “Terminator” feature, which doesn’t have a name or even a subtitle yet, is being written by James Cameron…

Wait! Stop right there! I’m out. I want nothing more to do with this film if James Cameron is invovled. He’s the guy responsible for the Avatar thing.