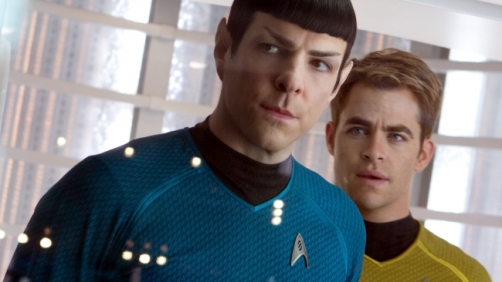 Four months ago, Star Trek Into Darkness hit theaters. By any objective concrete metric, it was a perfectly respectable Hollywood product. The critics generally liked it. It cost around $200 million and made $465 million worldwide, a financial showing that is neither impressive nor unimpressive. (It wasn’t Man of Steel, but it also wasn’t The Lone Ranger.) It had some funny jokes and it had things exploding in interesting ways. The title was dumb and it had third-act problems and nobody can really explain why they kept the Khan reveal a secret, but if you asked the average person in mid-June what they thought about Into Darkness, opinions would have been neutral-positive.

But resentment can build slowly in the geekosphere … and when resentment boils over, a movie’s whole reputation can radically change. Last month, the annual Star Trek convention in Las Vegas declared Star Trek Into Darkness the worst film of the franchise.

It’s sort of amazing to me how I can agree with the conclusions Darren draws, and yet almost entirely disagree with everything he wrote. Seriously, I think there was maybe two things he said in the entire article that I agreed with. The rest was crazy talk.

But you know, Star Trek, so the article is worth reading.

Here’s the bottom line for me, and the conclusion that I agreed with: Star Trek Into Darkness is one of the better films in the franchise and there’s sure been a lot of whining from the fans for no reasons in particular that I can figure out. Everytime someone complains about the way warp speed works, or the transwarp beaming or something in Star Trek Into Darknes, I want to slap them in the side of the head with a Wrath of Khan DVD, which is the best film in the franchise and changed a lot of things about Star Trek.

Don’t take me wrong, I had some of these complaints about the film and I don not think that the film is perfect. But I do think the fan negative reaction to it is way over the top.