On Not Punctuating ‘SHIELD’ 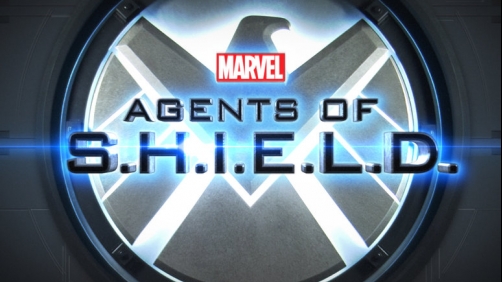 As the September 24 start date of ABC’s new superhero series Marvel’s Agents of S.H.I.E.L.D.looms, we are increasingly worried about our poor ring fingers. Meaning, do we have to type all those periods every time we write the title of this show?

We’re inclined to say no, to be obstinate in the face of authority. We’re looking forward to Joss Whedon’s new series as much as any dweeb, and have dutifully, painstakingly used the extreme punctuation used in all the marketing materials. But increasingly, the thought of writing out that whole ungainly title, periods and all, every time this show is mentioned — which presumably will happen a lot in the coming months — is entirely exhausting.

We’re not alone in addressing this issue. This afternoon, Time television critic James Poniewozik tweeted about a sad workplace defeat: He will be forced to use all the periods whenever he writes about the series.

Well now I’m just embarrassed that I did not put out a style memo for MovieByte, even if I am the only one doing most of the writing. I do try to keep style issues as consistent as possible, though right now it’s pretty much just all in my head (one day, as the site grows and we get more writers, I’ll layout an actual style guide). In any event, I started out by punctuating SHIELD every time but quickly realized it was painful and pointless and actually looks better without the punctuation so I stopped. Of course I have a history of hating pointless punctuation. I stopped punctuating the initials I go by sometime back when I was still a teenager. I think that, “TJ” looks far better than “T.J.” and it’s certainly easier to type (I mean, come on the character count is cut in two!).

So, consider this your editorial note that here at MovieByte, I’ll be doing the same thing with SHIELD punctuation.

Lost my battle with copydesk to keep periods out of Marvel’s Agents of SHIELD in print. But they can’t make me use them on Twitter! #rebel