Paul Greengrass Says No Bourne In His Future 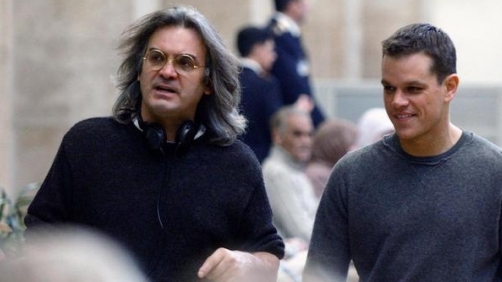 Well, that was quick: just days after rumors circulated that director Paul Greengrass (who helmed the critically acclaimed blockbuster ‘Bourne’ installments “The Bourne Supremacy” and “Bourne Ultimatum”) and original series star Matt Damon (who starred in the first three movies) were being courted by Universal for a return to the franchise, the director definitively shoots down the rumors. “It’s a figment of someone’s imagination,” the director told Empire. At least Jeremy Renner can breathe easier.

When Empire asked Greengrass about the rumors of his return he said, “I’ve absolutely no idea. I’m not being funny but, no, that’s just a figment of someone’s imagination.” When Empire persisted about when the last time he discussed the possibility of another sequel with the studio, the director also stonewalled. “Quite a while ago. We might have a laugh about it, but a serious conversation? Not for a long time.”

Well, there go all your hopes and dreams for any real Bourne returning to the big screen. We’re stuck with Renner if they plan to make any more. And it’s not that I don’t like Renner, I just don’t like him in the Bourne films (at least the one he’s been in).