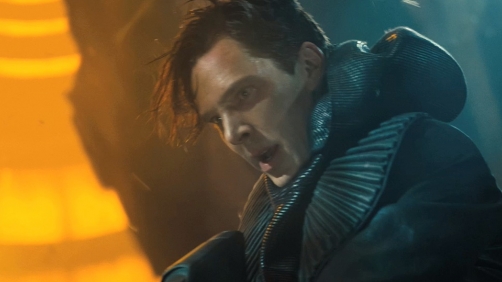 That negative reaction got Trek lover Joseph Dickerson thinking, and he penned a long essay calling the franchise “broken” and offering ideas on how to fix it. Where things got really interesting, though, was when Star Trek Into Darkness writer Roberto Orci personally got involved in the comments suggestion. Eventually, he served up a suggestion of his own for his critics: “**** off!”

I really don’t get where all this crazy fan fanatic criticism is coming from. It really reveals to me that, unfortunately, a lot of fans just aren’t going to be pleased with what JJ and co. are doing over there because… well, just because OKAY?!?!?

I consider myself a pretty hard-core fan and yet I loved Into Darkness. The fans are not doing themself any favors by hating on a film that was actually quite good.