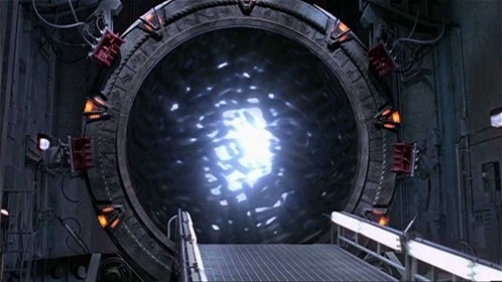 We know that Emmerich and co-writer Dean Devlin haven’t given up on their hopes of a big-budget movie trilogy — which was their original plan before MGM acquired the rights to Stargate and turned it into a television franchise in 1997. The two have been talking about it for years, and the cancellation of the television franchise and the turn-over at MGM only breathed new life into the rumors.

The proposed trilogy also would not have anything to do with SG-1 and the television continuity.

So those of us who love Stargate as it is are just out in the cold. What kills me is there is a pretty large fan base out there for Stargate as it is. Stargate SG1 was doing really well when canceled. It was only canceled because the SyFy channel is stupid. It was not canceled because of poor ratings. The same goes for Stargate Atlantis. Those of us who loved that show were not in a minority. But then, the producers wanted to do something radically different from what Stargate was, and we hated it. The ratings for Stargate Universe were staggeringly low.

Now that Stargate is considered a failure because of that, Devlin and Emmerich want to waltz in and pretend like none of that happened and reboot the thing.

I am getting really sick of the reboots now can we please stop?!?