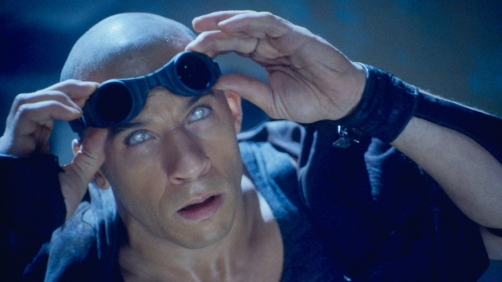 I don’t really have high hopes for this film, but it’s the best one to see this weekend I think and it’s the one we’ll be talking about on The MovieByte Podcast this coming Wednesday.

Seriously guys, if I have to tell you not to go see this one, then I think several blows about your head and shoulders might be in order. Seriously. This looks so bad.

Note: Upon inspection, it appears this film opened earlier. For whatever reason, it’s showing up in the new releases section so I felt the need to comment upon it. I wonder if maybe it opened limited and now it’s going for a wider release? I really don’t know. Or Fandango might could just be acting stupid.

This is not a good film. I wanted to like it so much, I really wanted it to be a great fantasy film. But this film fails on pretty much every level. It had a lot of elements that could have made it great, but they were ineptly strung together into a film that did not make a lot of sense, and did not draw me as a viewer into the story. Such a waste.

I wrote a review of the film which you might possibly be interested in, and I talked about it on this week’s episode of The MovieByte Podcast.

Set in contemporary New York City, a seemingly ordinary teenager, Clary Fray (Lily Collins), discovers she is the descendant of a line of Shadowhunters, a secret cadre of young half-angel warriors locked in an ancient battle to protect our world from demons. After the disappearance of her mother (Lena Headey), Clary must join forces with a group of Shadowhunters, who introduce her to a dangerous alternate New York called Downworld, filled with demons, warlocks, vampires, werewolves and other deadly creatures. Based on the worldwide best-selling book series.

This really looks quite terrible actually. All the humor looks to be very crass, stupid, and off color. There’s going to be LOTS of F-bombs, gratuitous violence and such. I’m not sure why on earth I would want to see this film.

Dave (Aaron Taylor-Johnson), aka Kick-Ass, and Mindy (Chloë Grace Moretz), aka Hit Girl, are trying to live as normal teenagers and briefly form a crimefighting team. After Mindy is busted and forced to retire as Hit Girl, Dave joins a group of amateur superheroes led by Col. Stars and Stripes (Jim Carrey), a reformed mobster. Just as Dave and company start to make a real difference on the streets, the villain formerly known as Red Mist (Christopher Mintz-Plasse) rears his head yet again.