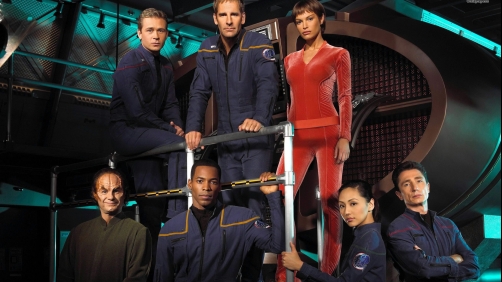 Yeah, yeah, I know Enterprise was not as great as most of the rest of the Star Trek franchise, but it actually got quite good in seaons 3 and 4, to the point that I was sad when it was canceled. Hate on me all you want, but season 3 is some pretty good Star Trek. It may not ever have soared to the height of drama brought to us by Captain Sisko during the dominion war. And it may not have delighted the way TNG did in its hay day, but it was better than some of the stuff we have on TV these days. And season 3 really pulled me into the show in a way that seasons 1 and 2 failed to do. And I almost didn’t even watch Season 3 because of seasons 1 and 2, so I get the angst. Just know that season 3 (and 4) is worth it.

Check out the trailer for the Blu-ray of season 3.