About Loki in ‘Thor: The Dark World’ 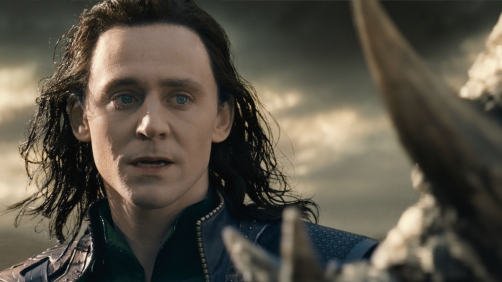 We’re obviously going into spoilers here so please be aware!

This article contains major spoilers for Thor: The Dark World.

One of the best things about Thor: The Dark World is it leaves many intriguing unanswered questions. The biggest one involves the ripple effect of the mid-credits scene, which we’ll discuss shortly. But there’s also the fate of Loki. As you know if you’ve seen the film, there’s no real definitive answer as to Loki’s intentions at the end. To get an answer, I went to the source (or sources): Tom Hiddleston, director Alan Taylor and Marvel President Kevin Feige. I asked each what they thought of the film’s ending, and the answers suggest it has major Phase 3 implications.

Lots of cool (if vague) stuff here to chew on. I liked Thor: The Dark World, though I can’t say I’m particularly happy with what happened to Loki at the end.

Taylor: There were definitely more stages where he was a lot more dead than we took him, because a lot of that is visual effects that we were doing on him at the time. The original intention there was very different. There was a lot more dying. I’m really curious to see how it plays for an audience, whether they feel… I’m surprised that it makes sense at the end or whether it’s like “What the ****?”

My reaction was definitely more of a, “OH COME ON!” I mean, seriously, what I wanted to happen had happened. The character had not been “redeemed” but he found some redemption and he went out on a high note. But they just couldn’t leave well enough alone.

Oh well, the film was plenty good in other ways.