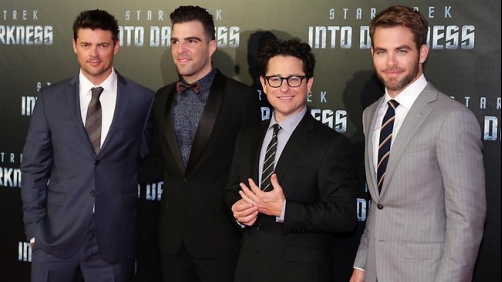 We love the Star Trek franchise, its fan base and the many possibilities for its future when the time is right

“When the time is right” is code for, “we don’t currently have any plans and we don’t think it would make us any money.”

That’s okay though, at least for now. The more recent history of Star Trek on TV is somewhat sketchy. See here’s the thing — and some of the more hard core fans are going to flame me for this — Star Trek wasn’t a great TV show. It could occasionally be good, well I mean as good as a sci-fi TV show from the 60s with no budget could be anyway. Seasons 1 and 2 of Star Trek: The Next Generation were some of the worst TV ever perpetrated against human kind. But then they found the magic for the next 5 seasons. Deep Space Nine also found a really great place in the universe. Voyager was okay, not as good, but still pretty great.

Then there’s the one we do not speak of: Enterprise. To be fair, it found a bit of footing in the third season, but it never went on to be great. I say all this to say, if the show turns out to be more like Enterprise I do not want it. And I’m definitely not convinced Abrams is the right guy to bring the current incarnation of the Trek universe to TV. So I’m satisfied to wait a while.