Disney to Ruin — Excuse me “Readapt” ‘The Princess Bride’ 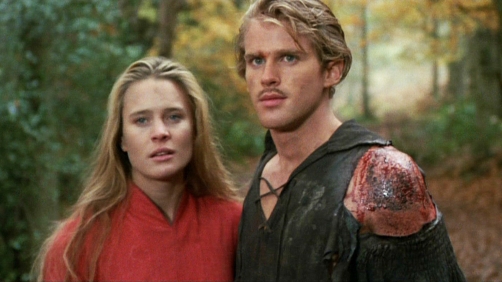 There’s a shortage of perfect films in this world. It would be a pity to damage this one. If you ask anyone with a beating heart, they’ll tell you that Rob Reiner’s 1987 confection, The Princess Bride, is without blemish. (Well, except for that Knopfler song.) The film, of course, is based on William Goldman’s outstanding novel of the same name but I think this is a rare instance where the movie surpasses book. The film strikes the perfect balance of silly, snarky, sappy and utterly charming. It achieves such a rare harmony and though many subsequent films have tried to recapture it, all have fallen short. Stardust, Ever After, Enchanted, Ella Enchanted? All lovely. None quite right.

To be totally fair, I love both Stardust, and Enchanted — although I don’t know that I would place them on the same high pedestal as The Princess Bride.

Anyway, that’s quite enough praise for a universally beloved movie. The point is, there’s really no need to touch it, remake it, or revamp it in any away. That’s not going to stop Disney from trying. They’re mounting a staged musical version of the adventures of Wesley and Buttercup which, and I say this as a fan of musicals, blech. Can you imagine?

No. No, I really can’t imagine how awful this is going to be. Is nothing sacred… wait don’t answer that, it was rhetorical.

See, this is why we can’t have nice things. So: Dear Disney, please go away and try to make something unique and original and stop ruining perfectly fine things from the past.