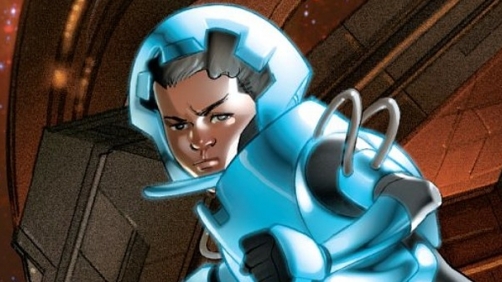 During an interview with Hypable today, Ender’s Game co-star Aramis Knight revealed a script centered on his character Bean based on the book Ender’s Shadow exists.

Ender’s Shadow by Orson Scott Card is a novel that parallels the story line of Ender’s Game but follows Bean. The character has a supporting role in Game which hit theaters last week.

“There’s actually a script already written for [Shadow] which I got to read a few pages of,” Knight told Hypable. “[Director Gavin Hood] wanted to film right beside Ender’s Game,” he added, but the script needed to be revised and the budget limited the possibility of shooting both.

Hood voiced the same problems when he spoke to us in October about his attempt to shootGame and Shadow simultaneously, “We had such difficulty getting the money for Ender’s Game that it was like, everyone said ‘Gavin, shut the f*** up, there’s no way you’re getting the money to shoot two movies at once.’”

If Shadow moves forward, there’s the problem of keeping Knight because of his physical appearance. Said the actor, “Bean is supposed to be the smallest, and when they booked the movie I was 4’8″ and I had a high squeaky voice and now I’m 5’6″ and my voice is deeper. It’s very difficult because Bean is known for his height, and his story is about – he’s small and neglected and vulnerable. It’s going to be kind of difficult.” Knight suggested that make up and special effects could be used to make him younger, however.

Seems like a bad idea at this point, if it were ever a good idea to do a parallel film. Doing the book is one thing, but it would have made more sense to roll the two books both into one film. I think the film would have been better off for it in fact.

I certainly don’t think it’s a good idea for the film to move forward based on a different actor at this point if the actor who played Bean in Ender’s Game is too old at this point.