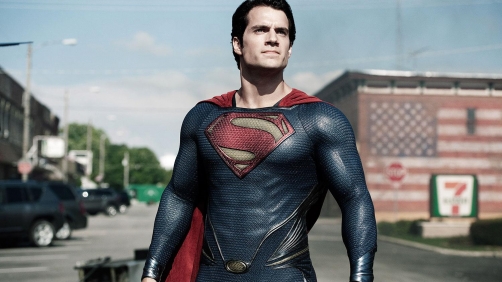 Firstly, Lex Luthor was basically confirmed as the villain for the “Man Of Steel” followup, which everyone sorta figured anyway. Of course, the character had been rumored to make a brief appearance in “Man Of Steel” (which obviously didn’t happen) while the trailer and movie had a few nods to LexCorp if you kept your eyes open and on the look for them. “At its core, Superman is an alien. He comes from an alien world … Lex loves to call him an alien,” Zack Snyder said, to which host Smith countered, “That’s a spoiler, folks.”

Not that I care too much, but I figured you guys might. I’m not holding out much hope for this film since the first one was so terrible.