Looks Like ‘Die Hard’ is going to… well, Die Hard… 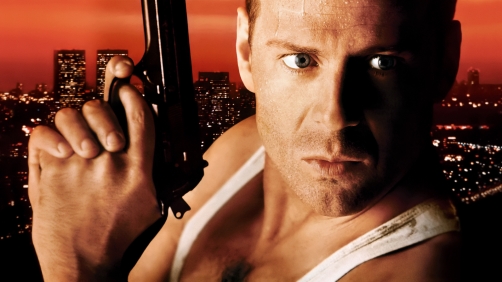 Why, why, why? Quick, can you name a franchise that has been driven into the ground worse than the “Die Hard”/John McClane series? You can’t say “Alien” because a mediocre as “Prometheus” was, it’s still a zillion times better than any of the “AVP” series movies. Jack Ryan sure wasn’t looking healthy last time anyone checked, but that’s why there’s a reboot (scheduled for dumping ground season in January). The “Indiana Jones” series only has one outright disaster (‘Kingdom of Crystal Skulls’) and while there was two terrible “Terminator” films in a row, there were two great ones and a reboot is on the way. And then you have “Die Hard.” Many will argue two and three were good, and for the sake of argument, let’s agree, but how do you go from the pitiful “Live Free And Die Hard” (PG-13 rating) to the even more intolerable, “A Good Day to Die Hard” (rated R) – easily one of the worst films of 2013? Well, only 20th Century Fox and the producers of those films can help you out there.

And even as “A Good Day To Die Hard” is the lowest-grossing film in the series domestically, it’s actually the third highest grossing of the series worldwide and that kind of bronze medal is apparently enough for everyone to keep going. So yes, a 6th “Die Hard” is coming and you likely knew that.

Oh my… I guess the pencil pushers up there in Hollywood think this series still has more life in it. But, ugh! A Good Day To Die Hard was a terrible film. I don’t want more.

“I can say that McClane is invited to Tokyo by the Nakatomi Corporation to be commended for his bravery and efforts in saving 36 lives, celebrating this on the 30th anniversary of the Naktatomi Hostage Crisis,” screenwriter Ben Trebilcook told What Culture (via JoBlo). “It’s by no means ‘Black Rain,’ perhaps has a slight “Rising Sun” type tone. It’s also not a double-act buddy-buddy story. McClane began on his own and should end on his own. Of course he’s had assistance in various guises, aiding him in his ventures; but it’s not ‘Lethal Weapon’ or a Jackie Chanfilm.”

Apparently Trebilcook will be taking John McClane “back to basics,” but I’m not even sure what that means considering how basic and rudimentary the last two “Die Hard” films were.

Look, I actually liked Die Hard 4, but the fifth installment was, as I mentioned, awful. So hey, lets just repeat the mistakes of the previous film and see if it makes money this time. What is the definition of insanity again?