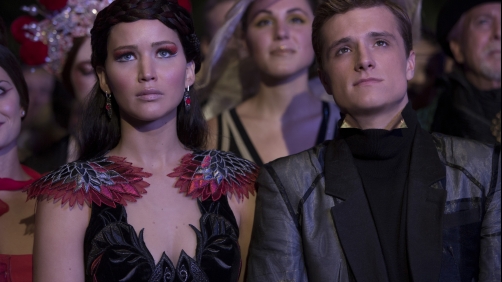 Sorry to get sort of political for a moment. It’s always polarizing and never turns out great when I do but I can’t help it. I have to quibble with this line from the linked article:

Unless, of course, Lionsgate’s whole plan is to use the park as a way to show you that the capitalist system in which the many toil for the pleasures of the few is inherently unfair and must be destroyed.

What? Really? The entire system of Panem in The Hunger Games is anything but capitalism. The system in Panem is actually what happens when socialist systems fail. What’s going on in Panem is the rule of the elite. Not capitalism.

The problem we’re seeing now is this: the system we see around us that doesn’t always work so well right now has been called capitalism. Therefore to many: capitalism = evil. The problem is we do not, and have not had for a very long time, anything resembling capitalism.

Sorry for the politics, now back to your regularly scheduled movie fun.