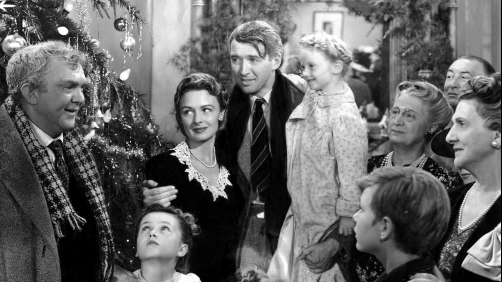 That rumbling you feel is the rising tempers of film fans all over the globe. But the holidays are approaching, and maybe we should learn to forgive. That’s the only way to process the wild news that a sequel to Frank Capra‘s 1946 film It’s A Wonderful Life is now in the works.

The tentatively titled It’s A Wonderful Life: The Rest of the Story, written by Bob Farnsworth and Martha Bolton, follows the angel of George Bailey’s daughter Zuzu (Karolyn Grimes, who’ll reprise the role) as she teaches Bailey’s evil grandson (also named George Bailey) how different the world would have been if he’d never been born. Producers are currently looking at directors and hope to shoot the $25-$35 million film in Louisiana early next year for a Holiday 2015 release.