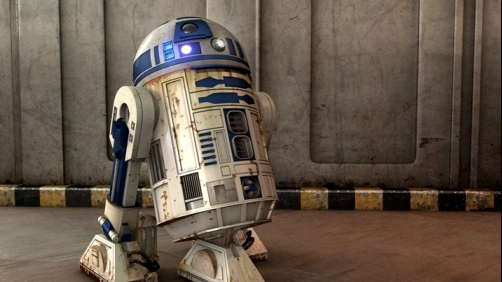 Yeah okay, so I’m being somewhat tongue in cheek with my headline. Which one of you would have actually thought that R2-D2 would not be in the new film. I mean it’s pretty much a given. But at least we can say, yep, it’s a given. That’s because JJ Abrams tweeted out a photo of him standing with the awesome little droid.

It’s not earth shattering or anything but it’s still fun. They’re actually making new Star Wars kind of fun. And hopefully it’s going to be better than those awful prequel things that we don’t acknowledge the existence of.