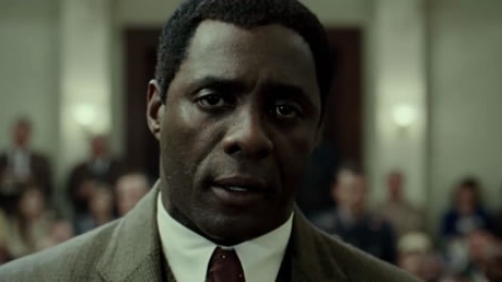 So you’re lounging around after Thanksgiving, wondering how on earth you could have eaten so much, and you want to do something that does not require a lot of energy. Well thankfully, that’s what movie theaters are for! So let’s see what you might want to see this weekend!

This doesn’t look like something I’m personally all that interested in — but then, I’m known to be a little bit cranky about goofy looking films every now and then. I try not to be but I can’t help it. I mean, honestly this thing just looks too stupid. But you and/or your kids might enjoy it so to each their own. I’m not going to judge (well, maybe a little…).

Again, this doesn’t look all that compelling. It looks sort of like some version of Taken with Jason Statham, and I’m not sure why I would want to see that. Still, from the trailer, it likes like it could be mildly compelling, but ultimately I’m guessing it will be sort of forgettable. If I run out of other things to see I might go see it (so probably not).

Hoping to escape from his troubled past, former DEA agent Phil Broker (Jason Statham) moves to a seemingly quiet backwater town in the bayou with his daughter. However, he finds anything but quiet there, for the town is riddled with drugs and violence. When Gator Bodine (James Franco), a sociopathic druglord, puts the newcomer and his young daughter in harm’s way, Broker is forced back into action to save her and their home. Based on a novel by Chuck Logan.

This one looks good! Unfortunately, it’s not playing in the Nashville area yet. The film stars Idris Elba of Pacific Rim fame, and Naomie Harris of Pirates of the Caribbean and Skyfall fame.

It has been a fact of history that white men have oppressed the black people. It is a sad fact, but it is a fact none-the-less and is therefore worth talking about, worth making films about, worth bringing attention to. That doesn’t mean a bad film on the subject will get a pass from me, but this one looks like one of the good ones from what I can tell. Particularly good I think will be Idris Elba. If it’s playing near you I think this one is a no-brainer.

If it’s in your area this weekend I think this one is a no-brainer. It is finally in the Nashville area and this is the one I’ll be seeing this weekend!

Chad, Fizz, and I talked about this film on The MovieByte Podcast Episode 70, and I released a video review about the film earlier today. Be sure to check those out!

In short this film is fantastic and you must see it! Be sure to check out my review of the film, and listen to Episode 64 of The MovieByte Podcast where Chad and I discuss the film. I also recently released a short video review of the film on ByteSized Video Reviews. Check it out!