‘The Wolf of Wall Street’ and that NC-17 Avoidance 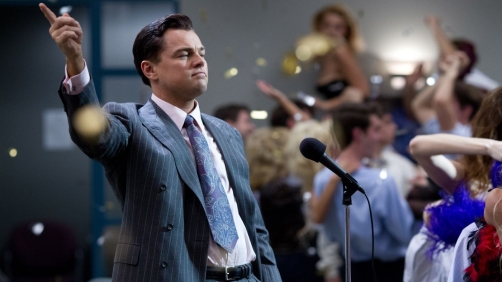 THR reports that Martin Scorsese’s upcoming epic—with the trade also confirming recent reports that it runs 2 hours and 59 minutes—was initially returned with an NC-17 rating thanks to “abundant, explicit sex (not to mention drugs).” Of course, no major studio movie is ever going to get released with an NC-17, so trims, cut and edits were made (though it’s not clear how extensive they were) to ensure the movie got an R rating, and it seems everyone is happy (or at least not making their concerns public).

That quite can’t be said for Evan Rachel Wood who heatedly took to Twitter this week to slam the MPAA for cuts made to her recent film, “Charlie Countryman.” It would appear that between its Sundance premiere and recent release, a scene in which she receives some oral pleasure from Shia LaBeouf wound up on the cutting room floor to appease the prudes at the ratings group. She criticized the MPAA for not blinking at the film’s explicit violence but balking once clothes came off.

Oh come on, the “prudes” at the ratings group? I have many problems with the MPAA but this is not one of them — well, maybe I feel their a bit to lenient at this point. Here’s the thing, they look at the film, they see what’s in it, and they rate it accordingly. The rating scale they have chosen is based on appropriateness to audience. Because of this, we can pretty much expect that a film rated PG is going to have some general and mild language. A film rated PG-13 is going to have less mile lanaguage, and maybe even an F-bomb, as well as plenty of violence but not a lot of blood guts and gore. A R rated film is going to go a lot further with blood guts and gore, and possibly a little sex. Some nudity is okay. If I have a complaint it’s that the jump from PG-13 to R is way to wide and a film can be rated R for a multitude of things that may or may not be related to nudity. And then there’s NC-17. The NC-17 rating is pretty much a blanket for all manner of foulness, adult language, pornographic sex, whatever. In short, I would never consider seeing an NC-17 film myself.

If a film rating system is to be trusted, and the film has those elements in it which make it need an NC-17, then it should be given one. There’s one commentor in the comments of the linked article talking about the tyranny of the MPAA over artists in regards to the ratings system. But here’s the thing. It’s not tyranny, people pay attention to the ratings because they want to know. And if the ratings are beyond the level they are comfortable with, then they won’t go see it. It’s been proven that the amount of money a film makes and viewers it pulls in is proportional to the rating of the film. R rated films make less money than PG-13 films. NC-17 films, when they do come out (and it’s not often) make very little money. Why is that? Because less people want to see it. So it’s not the tyranny of the MPAA here, it’s the “tyranny” of the viewers. But that’s not tyranny if it’s your target audience and that’s not what they want to see.

In short, in order for the ratings system to mean anything at all, they must be ready and willing to rate films as they need to be rated. I have no problem with the MPAA rating the original cut of The Wolf of Wall Street NC-17 if that’s what it deserved. It’s then up to the filmmakers to either release it as such and see if the audience will see it, or if they want to work on it a bit and cut some things back to make it more palatable.