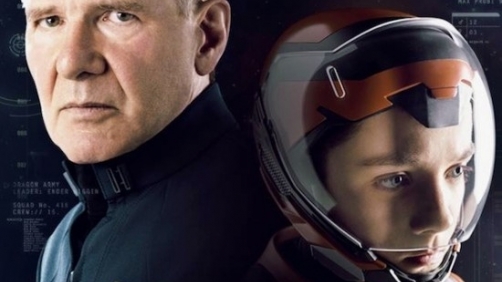 I won’t go into full-on Ender’s Game spoilers here above the fold, but many have wondered whether or not the film would earn a sequel, and if so how the story would work out. See, the film Ender’s Game retains the basic ending of the original novel by Orson Scott Card, and that leads into a more complex and stranger sequel called Speaker for the Dead.

Trouble is, that novel takes place many years after Ender’s Game. The actors from this season’s film wouldn’t be able to make the jump without extensive reworking of the story.

But Card is penning another story, called Fleet School, which is planned as the first of a set of new books that will act as direct chronological sequels to Ender’s Game. Given the way things work, we’re more likely to see an adaptation of Fleet School than of Speaker for the Dead.

I would certainly be interested, but I think we’ll have to wait and see what happens with the current film before we can count on a sequel. Currently, while it’s sort of doing “okay” at the box office, I’m concerned that it will trail off pretty drastically once Thor: The Dark World, and The Hunger Games: Catching Fire comes out to compete with it. And if the film doesn’t make a lot more money in the coming weeks, I don’t think there will be any sequel. Plus I’ll be the studio has to be wondering of the crazy hysteria surrounding Orson Scott Card is worth it.