Why Francis Lawrence Is Crucial to ‘The Hunger Games’ Franchise 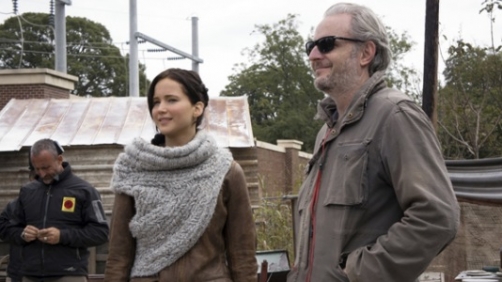 I would argue, however, that the hire of Catching Fire director Francis Lawrence can not be overlooked as we begin to measure the success of the Hunger Games film franchise. He might not attract as many eyeballs as the pop-culture-savvy J-Law, who’s entrenched – at the moment – as the media’s darling. But his contributions behind-the-scenes are ensuring that those “eyeballs” are satisfied with what they are seeing … and will continue to be satisfied as the series progresses.

I agree. As was mentioned on The MovieByte Podcast Episode 70, Lawrence showed us how good The Hunger Games could be to such a degree that it makes at least reevaluate Gary Ross’ poor choices in the first film and possibly lower the score on a movie you thought you enjoyed in spite of those poor choices. In any event, I’m glad the man is sticking with the franchise. His direction of Catching Fire was nothing short of brilliant.