About ‘The Hobbit’ Extended Edition 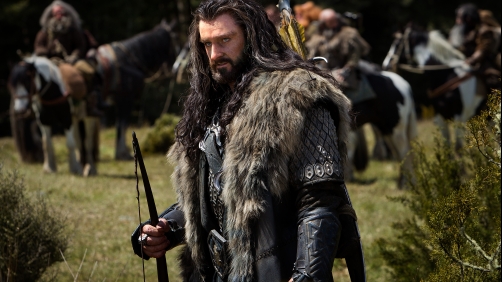 I’m going to tell you something, and you’re not going to believe me: The Extended Edition of the first Hobbit film, An Expected Journey, is actually better than its theatrical release. I know this seems impossible given that the Extended Editions of Lord of the Rings were not—they were chock full of fun bits that we missed, but they didn’t play as better films. The pacing got all wonky, and they didn’t really move.

The Extended Edition of The Hobbit is different.

I find this extremely hard to believe. I really enjoy the extended editions of The Lord of the Rings, but that’s because while, yes, the theatrical versions of those films were long, they weren’t overlong like The Hobbit. So when those films were extended it felt fun and new and adding geeky details to a well trimmed and timed set of films. What we have here looks to me like adding more bloat to the bloat we already saw in the theater.

But, if I can muster the time and courage, I’ll try to give it a shot. Maybe I’ve vilified The Hobbit so much in my mind over the last year for being too long and drawn out that it won’t be as bad as I remember.